It happened again.  I started to knit a project only to decide that maybe the yarn selection wasn’t perfect.  You know what I mean.  It’s a gift and I want it to be just right.

What project am I referring to?  Addison’s Baby Blanket .  The Pattern, Alpaca Baby Shawl, is so pretty and a fairly easy knit.  I started with Blue Moon Fiber Arts Sock That Rock Heavyweight Yarn in China Rose, which is a 100% Superwash Merino Yarn Gauge 6 stitches per inch on US Size 3-4 needles),  approximately  350 yards per skein.

What happened? The pattern calls for DK weight yarn and I thought sport weight would be a suitable substitute.  The yarn is so pretty but even on Size 6 (US) needles, I wondered if the blanket would be too heavy.  So I took it off the needles. 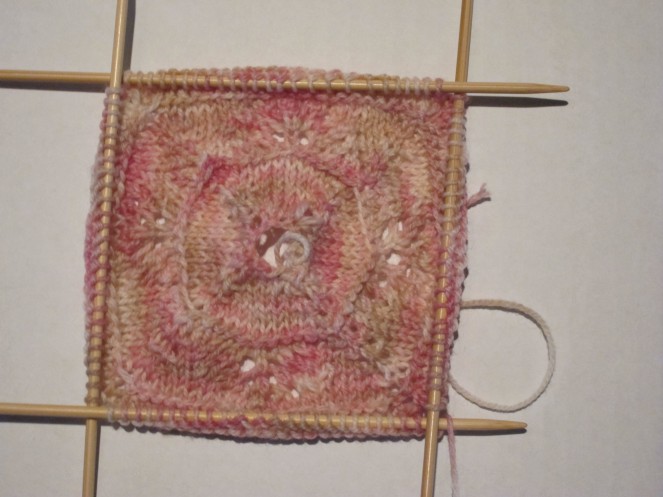 This time, I knew the baby blanket would be much too light and was in a quandary over what to do.  Since  I had only removed the Socks that Rock version from my needles and not actually frogged it,  I decided to slip it back on the needles and give it another try.

And, now after knitting several more rows, guess what? It’s just right! I’m hoping to have it completed by Friday. I just received an e-vite to Baby Addison’s Baby Shower. Only 64 more rows to go!

Sign up for our newsletter to get all the latest news and exclusive offers!